For many guys in the Western world losing weight is one of the first and most major hurdles blocking a path to self improvement. Its not secret that we in the privileged world take our system for granted, eating anything and everything with little regard.

Its an easy trap to fall into because from childhood we’ve been lied to about what constitutes a good healthy diet.

The Low Carb Lifestyle: How I did it

For over a year now I’ve been living the low carb lifestyle. Through this new found way of eating and living I’ve lost over 50lbs, added massive amounts of muscle, and generally felt much better then I ever did eating sandwiches and potatoes.

When I tell people what and how I eat most look at me as if I begun speaking Aramaic, backwards. They’re shocked, and sometimes even appalled that I would renounce sugar, bread, and starch. Some even take offense, because by stating that the low carb lifestyle has improved my being I’ve attacked their card laden existence.

A scant few, however, look at me with intrigue and an open mind. They’ve started digesting their own red pill and unplugging themselves’ from the matrix of the modern world. It’s these people who begin asking me for advice. So for anyone of you looking to embrace the low carb life, I hope this will make a good starter guide and go-to page for you.

From my experience Atkins magic is the most potent if you aren’t on it at all.

The more carbs you’re eating, the more impressive the weight loss is when you start. If you fall into that category, the first 2-3 weeks are spectacular for weight loss. It does grind down a bit, which has happened in my case, but its still there. You can actually jump start it again by taking two weeks and eating more carbs then going back. Could you pull off 10 pounds? That I cant say with certainty, but if you’re currently on a moderate to high carb diet, I’d be very surprised if you didn’t see a noticeable loss Atkins

Foods for the Low Carb Lifestyle

As for allowable foods…, or rather unallowable foods. My favorite part about Atkins and low carb in general is its actually LESS restrictive then most diets, but those things you cant have you REALLY can’t have, unlike other diets and lifestyles where you can sneak in certain things from time to time.

What you can’t have:

No starch, at all. Rice, bread, potatoes, sugar, starchy vegetables (carrots, corn, ect) and fruit. Now the last two, fruit and veggies are up for debate.

On Atkins you can’t have them, but with a more sustainable Paleo style of eating they are allowable, just be mindful. Treat fruit like dessert, not like a staple.

Induction stage Atkins is a strict limit of 20 grams of carbs perday, and to put that into perspective, that would be roughly 4 teaspoons. The flip to Atkins, vs paleo or any other sustainable low carb diet, is that you can get away with eating more and eating of things that are “less then healthy” For the past 4 weeks I’ve eaten bacon every single morning and lost weight. The more carbs you eat in the form of fruit and veggies, the more you have to be mindful of how many calories you take in.

As far as meals go…

Lots of eggs would be my first recommendation.

Breakfast has been usually my largest meal of the day, usually consisting of an 8 egg omelet, made with egg whites, bacon, a pinch of dark green veggies, and cheese. I’d usually throw a few slices of bacon or sausage on top of that to keep me content throughout the early part of the day.

Lunch has been either a big hunk of meat with a small side of appropriate vegetables (dark green, high vitamin count, low sugar, avoid peas, green beans, onions, corn and carrots, a few broccoli florets has been my go to for green veg) or a salad, with a considerable portion of sliced chicken or tuna fish. For a salad I again went with dark leafy greens like spinach or arugala, rather then iceberg or romaine. Spinach is especially important because it contains calcium.

Dress it with oil and red wine or rice wine vinegar. Avoid balsamic or use it sparingly as it has a decent sugar content. Caesar, Ranch, and Blue Cheese dressings are normally much lower in carbs then other dressings.

Dinner has been fairly boring, usually just straight meat with maybe some cheese and veggies. My roommates made fun of me last week when I ate 15 hamburgers in 2 days, but I’m losing more weight then they are on Weight Watchers. Be careful with pre-packaged ground meat products like burger and sausages, most companies add filler to them, and filler = carbs. Check the nutritional info on absolutely everything. Look for all natural meat products, they tend to have no filler in them, taste better too. As you get into the habit of reading the back panels of things you’ll be shocked at what has carbs in it.

My recommendations to keep things interesting are to grill EVERYTHING because its a good way to add flavor, and get chummy with marinades and brines. You can make a chicken breast taste a thousand different ways with a proper marinade. Dry rubs do wonders as well, though be careful because a good rub does have brown sugar, though the amount that enters the food should be allowable.

Pitfalls for the low carb lifestyle

That being said, there are pitfalls that almost got me, things like BBQ sauce, which I didnt think about as being inherently high carb, but considering you’re looking at about 15 grams of carbs in 2 tablespoons, a few pieces of BBQ chicken could be an issue.

Go for fruit based BBQ sauces since the sugars in fruit tend to have a lower impact on your blood sugar then things like corn syrup and cane sugar.

For beverages, I tried to keep my artificial sweetener consumption to a minimum, using it for only for things like caffeinated beverages in the mornings, or rum and diet coke on weekend nights. I’ll have a diet drink or a low carb power bar a few times a week, it does wonders to help curb the sugar cravings you get. I learned to love unsweetened iced tea as well, it hydrates better then water and gives a slight caffeine kick.

According to Atkins themselves, sugar alcohols are acceptable on the diet due to their low impact on your blood sugar level. Atkins products are made with them and they can be subtracted from the total carb count of a food item. Same goes with fiber, fiber can be subtracted from an item as well. So a bar with 20 grams of carbs total, 4 grams of fiber, and 13 grams of sugar alcohols really only has a net carb impact of 3 grams. 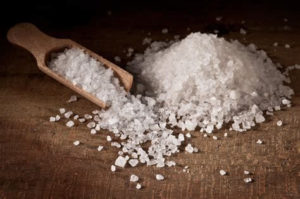 Finally, Atkins claims you aren’t supposed to drink any alcohol while on the diet, especially in the first stage. I drank every weekend and still saw great results, but you have to do it properly. It took some digging but from what I found the stigma behind drinking and Atkins (or any diet really) comes with your body’s macro nutrient prioritization, or the order your body metabolizes things you consume.

Alcohol is number one because your body thinks of it as a toxin or a poison, it’ll kill you if its not properly broken down and removed from you system. If you eat, and drink, then you body will prioritize the alcohol first, and the fatty Atkins foods second. This will cause your body to store that fat, vs burning it off via ketosis. What I do is never drink and eat, only drink straight liquor or use diet soda as a mixer, and make sure you’ve been done eating for a few hours before you start to drink. You want the food to clear your system so your body isnt having to choose between what it processes.

Thats about all I can think of, if you have any more questions feel free to ask. After this second round on Atkins, I’m very comfortable saying that I’ll probably never go off it and may never eat a slice of bread again.

I wrote this a few months ago, and since then I DID go off my low carb lifestyle and did eat bread, and I felt terrible afterwards. After a week of eating like that I was literally having to force myself to eat that way, I simply didn’t want to. What that tells me is that I’ve permanently changed my eating habits. My body no longer craves bread and starch.

I’ve evolved, or maybe devolved. Whichever it is I’m glad because now living low carb isn’t even a cognitive function anymore. It just is. And for that, I’m grateful.

2 thoughts on “The Low Carb Lifestyle: How I did it”