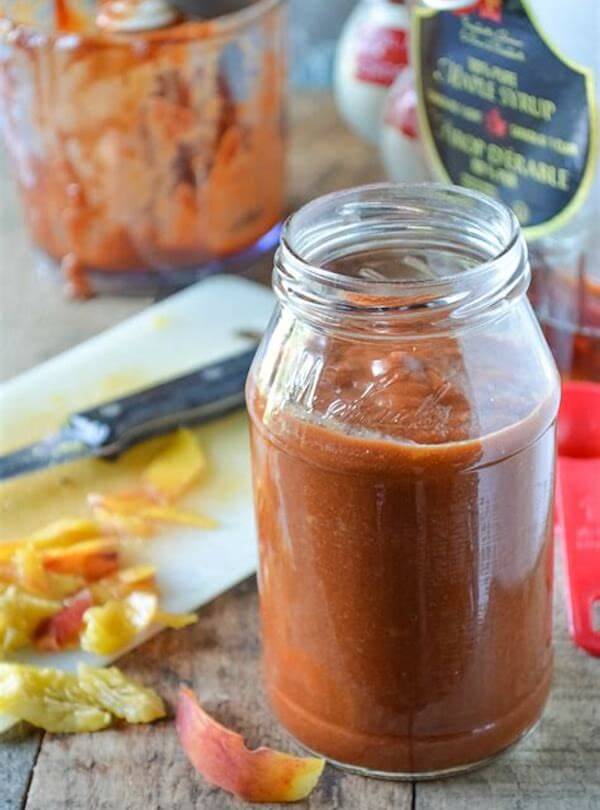 This is my favorite peach BBQ recipe. Summer is running up on us and for many the greatest culinary impact of that fact is the uncovering of the almighty grill. We pull off the tarps, brush off the leaves, and clean off the dirt and dust and get ready to embrace our inner caveman and throw a piece of meat on hot coals. 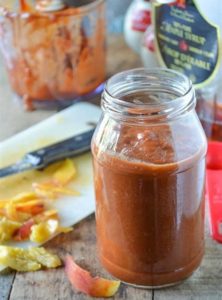 Grilling is primal, its speaks to our most primordial ideas of food. While grilling alone can be a gateway to great things, we have come far from slaying a beast and roasting its flesh over an open pit. We’ve evolved and gained finer tastes. Charred meat is no longer all we require, we need more, we need flavor.

Man has invented many ways to introduce flavor to food, but none is more direct then simply slathering on a sauce, and when you say grilled food the only sauce on everyones mind is BARBECUE!

Things You Should Have

We’ve all had BBQ sauce before, most of us are fooled into thinking a plastic bottle with a squeeze top is as good as it gets, but when you understand how easy it is to make good BBQ, you’ll never look at the bottle the same way.

Sweetness is a key factor in BBQ sauce. Its what makes it unique, and when you realize that sweetness is what you want you can then branch out past using just plain sugar and go for something more interesting.

This sauce can be used as a base and by switching out some ingredients you can make a whole new sauce. Swap the peaches for apples or pears, and the diced tomato for apple cider and add in some cinnamon and you’ve got an amazing sauce for pork chops.