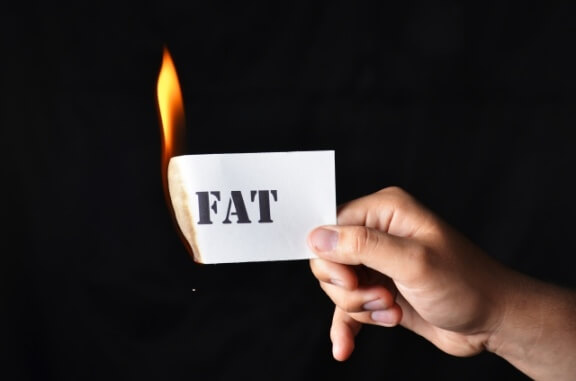 How can you measure fat burning? This article presents the 5 most common variants and shows how to document your progress.

Who doesn’t know them, the disturbing fat pads on hips, stomach or bottom, which one or the other likes to overlook in the mirror, hides with casual sitting clothes and which are nevertheless always a disturbing factor, as soon as the attention is directed to them. Nice to look at, that’s probably true. But why run right into the gym and join all the sweating, wheezing and pumping musclemen?
Most people prefer the “where I don’t look so closely, I don’t mind” method. 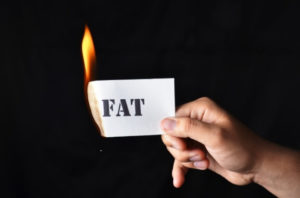 You don’t have to mutate into a bodybuilding machine to train off a few of the little cushions. Because besides the fact that they are not particularly attractive, the superfluous pounds also have another major disadvantage: they are extremely unhealthy to a certain extent.

Burn fat on the stomach for men: That’s how it works!

According to scientists, it is mainly the kilos on the stomach (the world-famous beer or raccoon belly in men or the so-called apple shape) that are particularly harmful. Too much fat on the hips and thighs (pear shape) is equally unattractive, but much less risky from a health point of view. overweight is just a risk factor, which favors cardiovascular diseases, diabetes or joint problems and should therefore be taken absolutely seriously and not dismissed as a trifle.

To find out if you are overweight or not, there are different orientation values. These include, for example, the Body Mass Index (BMI) or the BROCA formula, which make a statement based on the ratio of body height to body weight. Another important value is the body fat measurement. Although it does not say anything about overweight per se, it is nevertheless an important indicator to determine whether a person belongs to the risk group of those who are more susceptible to health problems.
If you are not overweight, you may have too much body fat and fall into the risk group!

The amount of body fat is therefore much more meaningful than only the body weight alone for the assessment of the general state of health.

Burn fat: But how much fat is healthy or unhealthy?

According to the World Health Organization WHO, a body fat percentage of 8-20% of the total weight is normal for men between 20 and 39 years of age. The figure for women is 21-22%. With increasing age, the values shift slightly upwards accordingly. 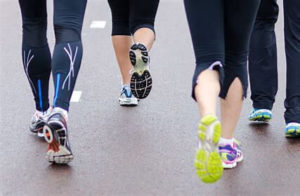 There are several methods to measure body fat: The measurement with a so-called body fat scale is known to most people. This basically looks like a normal scale and it also shows the weight. The difference is a metal plate or two metal plates that are embedded on the surface.

You stand on them with your bare feet. For fat measurement, a tiny electric current is conducted through the body and the resistance to the body tissue is measured. The water- and electrolyte-rich muscle tissue conducts the current better than the fat mass. This method is called Bioelectric Impedance (BIA). However, it is not measured directly how much body fat is actually present in the body, but the proportion of body fat is calculated on the basis of various values to be specified (age, gender, weight) and the current resistance measurement.

problematic to measure with this kind is that the indicated values are strongly dependent on the water content in the body. This fluctuates during the day and is also influenced by individual drinking behaviour. In addition, wet soles of the feet have an influence on the displayed result. The calculated body fat values can also vary considerably from device to device.
To be able to use a body fat scale sensibly and to obtain meaningful values, the measurement should, if possible, always take place at the same time of day and under similar conditions. 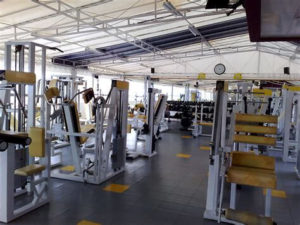 Other methods for measuring body fat such as an x-ray scan, underwater weighing or the Bod Pod method provide very accurate results, but unfortunately involve a great deal of effort and are therefore more than impracticable for the average consumer.
Therefore, experts recommend using a tape measure in addition to weight control and body fat measurement.

Also with this method one can determine whether one has perhaps a few pounds too much on the ribs. Waist and hip circumference are measured and divided by centimetre. For women, the ratio should be below 0.85, men may reach up to 1.0.

And what follows now from the whole knife fight?

If there is clear evidence that you are carrying too much weight and/or body fat, it is high time to do something. Because remember: not only the appearance suffers, your health, which is the highest good, is also endangered by the fat cushions.

hectic and short-term action, i.e. lightning diet or fat-away training in 30 days, but brings just as little blessing as not at all to rain.

Rather, a deliberate and consistent approach is important. Losing weight in no time is unfortunately a fairy tale, there is always a good portion of work behind it. A mix of exercise and dietary changes (not too much, not too fat, balanced and as natural as possible – fast food and finished products out, fresh fruit, vegetables, meat and fish in) has established and proven itself. Progress in this direction will be made in the long term, but will also be sustained in the long term. So you also get your fat away and burn fat measure!

3 thoughts on “How to measure your fat loss at home”