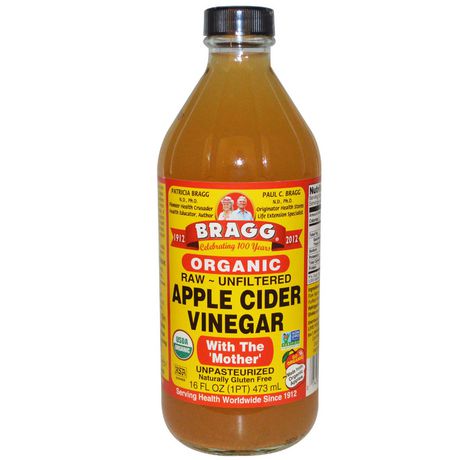 Besides losing weight and adding pounds of muscle I’ve also added a slew of new, natural, supplements to my diet.

Now you’re saying, vinegar?  Like the stuff used to make salad dressing or to braise ribs with?   Yep, that kind of vinegar, though Bragg’s is unique in the vinegar world.  It contains the “mother” which is a cloudy gelatinous mass that floats about the liquid.  Its the genesis of the vinegar itself, turning normal alcohol, in this case Hard Apple Cider, and turning it sour.  Now I dont know how the stuff works, and I’m not really into asking questions, what I do know is that it does work. 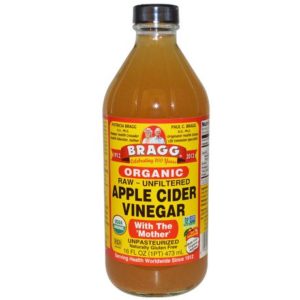 Taking 2-3 tablespoons, diluted in water, 2-3 times a day, seems to be somewhat of a magic  tonic, curing a myriad of syndromes, some you might not even realize that you have.  The first thing I, and many other men, noticed was morning wood.    This is said to be a sign of virility in men, and an indicator of high testosterone levels.  High  testosterone, amongst other things helps you lose weight and add muscle.  That right there should have all men running out the door to buy a jug.

The next thing I noticed the day after firs taking down the sour concoction was the mild back pain that comes along with doing deadlifts on Monday was GONE.  It wasn’t numbed, or lessened, it was GONE.

My Dad told me in the past he took ACV for his arthritis, and as someone who suffers from the same affliction due to work, I also noticed this as well.

The final thing you’ll notice is that your gut is happier.  ACV makes you poop.  Not in an obtrusive oh-god-where-is-the-nearest-toilet-FUCK-ITS-TO-LATE-GAME-OVER-MAN-GAME-OVER way, but in a very natural way.  Rather then forcing your bowels to move, its more like it politely asks them to, which they do at a leisurely, but noticeable, pace.  This moving of the bowels, and subsequent cleansing of the colon, has been marketed as a “weight loss secret” though aside from the increase in testosterone, I don’t believe that ACV will help you burn fat.

Wait what?  The stuff bees collect from flowers?  The very same.  Bee Pollen is whats known as a super food.  It contains good fats, good carbs, protein, and a slew of vitamins and minerals in a very tightly packed container.  With a taste reminiscent of, but not quite Honey Comb cereal and a strangely chalky yet unctuous mouth feel, its not something most people would go back for second for, but I tell you, its worth it 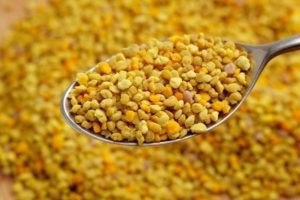 What does bee pollen do?  Its kind of like nature’s Red Bull.  Besides giving you a nice dose of vitamins and minerals, it acts as a pick-me-up, helping to wake up a sleepy mind and provides you with a woosh of very pleasant energy.  Though, unlike caffeine it wont artificially provide you with energy.  When I took bee pollen on little sleep it didn’t help to snap me awake, but when taken after a normal night of sleep it provided me with noticeably more energy the next day.

This one you’ve heard of, its the clear liquid your grandma or mother would pour on your cuts when you were little.  It would sting a bit then foam up, only to be wiped away and then replaced with a band-aid.   It turns out HP’s microbe killing power, while not sufficient for cuts and scrapes like grandma thought, is strong enough, and safe enough when diluted, to disinfect your mouth and tongue, killing off the bacteria that cause bad breath.

After swishing your mouth with HP you’ll notice it still foams like it did on your cut when you were younger and it leaves your mouth with a very neutral flavor and smell.  While its not replacement for daily brushing, a swish in the morning and at night will help keep you so fresh and so clean clean for the tasks to come.

This is one that some might have heard of before, and its a natural supplement that I’ve come to swear by.  In a world where every other person is on an anti-depressant and/or sleep medication to help “balance them out” when truly all they need to do is step away from the LCD screen and go to bed earlier, melatonin has given me hope.  I’m incredibly guilty of staying on the computer late into the night because my writer’s block tends to magically lift as soon as I think “hmm I should be in bed” 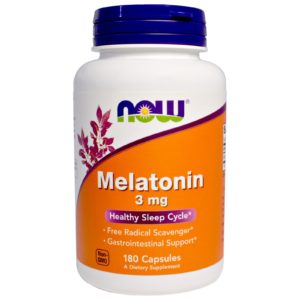 I used to suffer from Depression, or the fake signs of depression that come from living a shitty life, poorly.  I was over weight, uninteresting, awkward, and probably most importantly I had atrocious sleeping habits.  4 hours a night was good for the old me, now I get at least 7, if not more, every night, and a lot of the thanks goes to melatonin.  Its a naturally occuring substance that all of our brains make.  Unlike other sleep medication, which I tried in the past, it doesn’t knock you out and force you asleep leaving you snowed the next day.  It simply makes you want to go to sleep.

I foresee this list growing in the future as new and alternative solutions to not-so-modern problems arise.   One of the greatest lessons the red pill teaches you is to question things that seem to need to questioning.  It makes you ask is 2+2 the only way to get 4?

2 thoughts on “Supplementing your dietary income”